Posted on 3 Jul 2018 by UP Institute of Islamic Studies 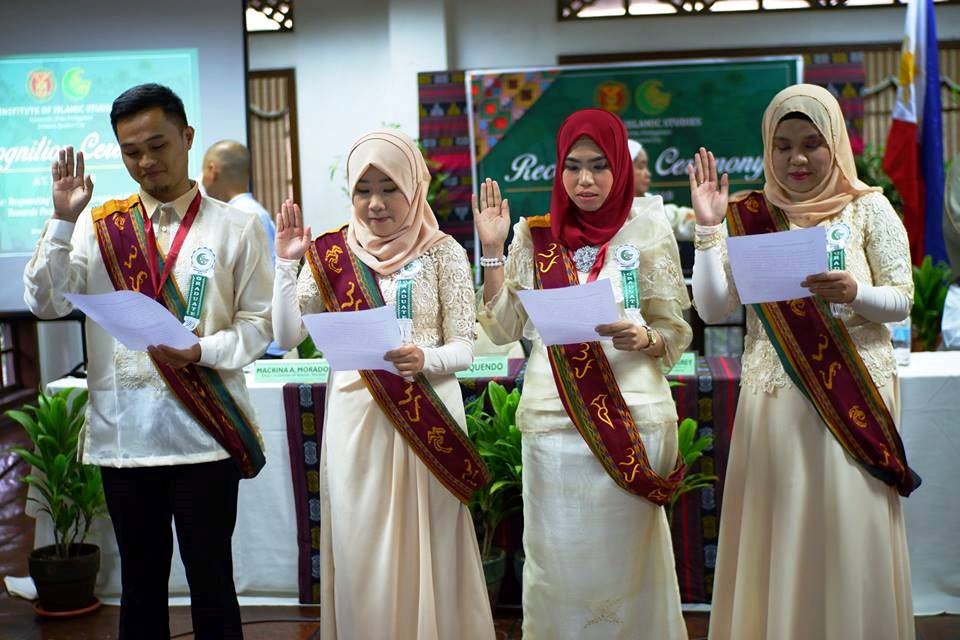 The UP Institute of Islamic Studies held its Recognition and College graduation on June 21, 2018 from 1-5pm at Balay Kalinaw, UP Diliman Campus. The Recognition Day was graced by the Religious Attaché of the Royal Embassy of Saudi Arabia, Sheikh Faris Almutairey as the guest speaker.

In his speech, Sheik stressed the need to understand each other amidst the challenges faced by Muslims and to teach Islam with wisdom and kindness as he cited the Qur’anic verse, “O mankind! We created you from a single (pair) of a male and a female, and made you into nations and tribes, that ye may know each other (not that ye may despise (each other). Verily the most honored of you in the sight of Allah is he who is who has fear in Allah.”

He further said that Islam is to give importance to the whole of mankind and so Muslims should behave according to the teachings of Islam and not let ignorance be an excuse since Muslims have all the ways and means to learn and present the best character as taught in Islam. He also reminded that Islam teaches to be merciful and also gives importance in dealings with the neighbors. He narrated the life of Prophet Muhammad (Peace be upon him.) who had non-Muslim neighbor whom he treated very well. He visited his Christian and Jew neighbors who were sick. This is one best example of Prophet’s moral character that Muslims should exemplify in their daily lives. In the history of Islam, he further said, that in Islamic countries, non-Muslims lived in harmony because they were treated well by the Muslims. He also said that In the Kingdom of Saudi Arabia as most people know, non-Muslims workers are treated well, and the Kingdom also participated in many inter-faith conferences to show that the country is pro-peace and harmony. Many supports are also given to the Philippines to show Islamic teachings in all aspect, social, political, moral, economic and many others to keep stronger the relationship of two countries. He finally mentioned the visit of Philippine’s president to the Kingdom and the visit o Kingdom’s Foreign Minister to the Philippines. Finally, he concluded his speech by relaying the good news of the approval of funding for the IIS new building which is already on process. 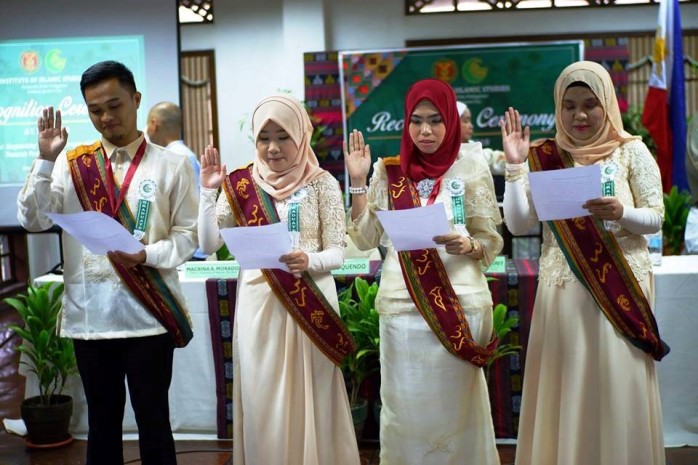 There were four graduates: Rohaida M. Latiph, Yassin B. Maute, Murshida H. Noor Panda and Aisah P. Solaiman. The graduates were then presented and awarded with the certificates by the guest speaker assisted by Dean Morados. Sponsors of the 2018 Ramadan Iftar Program, namely: Royal Embassy of Saudi, Qatar Embassy, Australian Muslim Brothers and Sisters and the M. Al-Rabah were given special citations. Students who gained university scholars and college scholars were also awarded certificates and medals. The 2018 Shari’a passers were also given certificates of recognitions and medals. For the active participation of the Student Council, the Institute awarded certificate of recognition to the Graduate Student Organization represented by its President, Ms. Hajar Cabili. Finally, students who completed Arabic Language also received certificate of recognition.

The program ended with the closing remarks by the College Secretary Dr. Jamel Cayamodin who encouraged the graduates to live on the thrust of the university as well as of Islam which are excellence, honor, and service to humanity.