UP-IIS and ICRC host Seminar on IHL and Islamic Law

Posted on 13 Sep 2017 by UP Institute of Islamic Studies 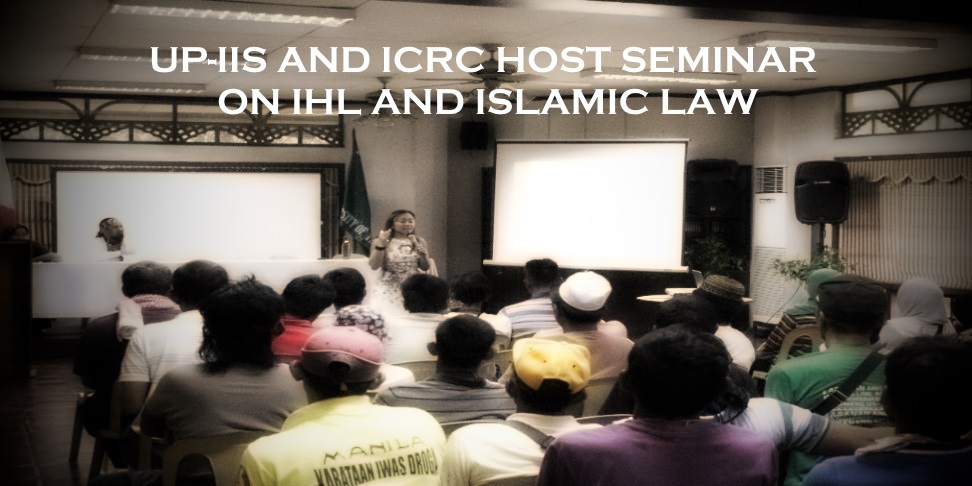 This year, the University of the Philippines, Diliman Campus is hosting the “Lakbayan 2017” composed of national minorities from the Cordillera, Central and Sothern Luzon, Mindoro, Panay and Mindanao. The delegates of this Lakbayan will be staying at the Kampuhan along CP Garcia Avenue and Jacinto, UP Diliman Campus from August 31 to September 22, 2017 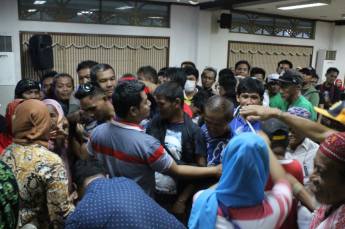 Since UP Institute of Islamic Studies (IIS) has a standing MOU with the ICRC-Philippines, The UP-IIS in coordination with International Committee of the Red Cross (ICRC-Philippines) spearheaded a seminar on “International Humanitarian Law and its interplay with Islamic Law” on September 13, 2017 at Balay Kalinaw, UP-Diliman, Quezon City.

The objective of the seminar is to educate the participants regarding the basic functions and mandate of ICRC in the Philippines and how to access ICRC services, discussion on the convergence of Islamic Law and IHL and also a lecture on the basic principles of human rights. Furthermore, the Institute of Islamic Studies students and faculty members warmly welcomed the delegates of Lakbayan 2017 during the event. 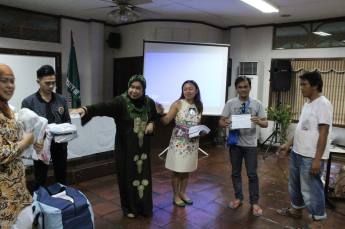 The program commence on introduction of International Humanitarian Law and its fundamental principles by Atty. Evecar Cruz-Ferrer (ICRC Legal Advisor). The participants attentively listened and participated during the discussion. On the other hand, Sheikh. Loderson Gustaham (ICRC Consultant) discussed the matter of laws related to armed conflict in the context of Islam. Sheik Gustaham shows commonalities between the rules of Islam in engaging into war and the International Humanitarian Law. He highlighted in his presentation the Islamic principles in war -that is to protect the civilians as much as possible and to show mercy and compassion as enjoined by Islam even if the war is declared to Muslims. 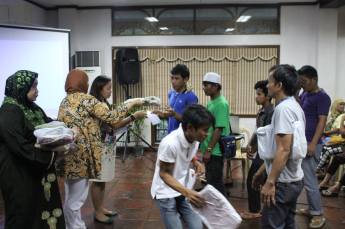 Furthermore, the sharing of experience among the selected delegates of the Lakbayan 2017 catch the ears of the event. Ms. Aila Ebrahim from Marawi shared her experience and expressed her sympathy on the on-going Marawi siege. On her speech, she asked the International Humanitarian Law (IHL) action on the issue of continues air strike in Marawi and the arms and weapons used to control the situation in Marawi. Also she asked to stop the airstrike in Marawi and to finally end the war.

In a nutshell, the seminar successfully achieved its main objectives. The participants were educated about the basic functions and mandates of ICRC in the Philippines and how  they can access the ICRC services. The most important is, they become aware of their basic Human Rights under the principle of IHL and on the Islamic law. Moreover, the seminar gives them avenue to express, interact and engage into dialogue with the speakers and other participants. 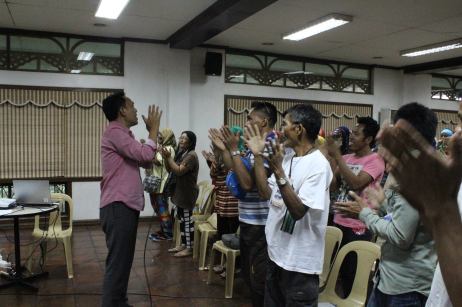 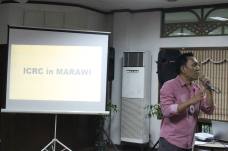 One of the highlights of the forum was the distribution of prayer carpets (sajadah) to the male participants and hijab (viel) to the female participants from the IIS partner Engr. Sadoun Alowayesh and wife Ms. Zainab Hainto. The ICRC sponsored the snacks and dinner of the participants.