Posted on 1 Feb 2017 by UP Institute of Islamic Studies 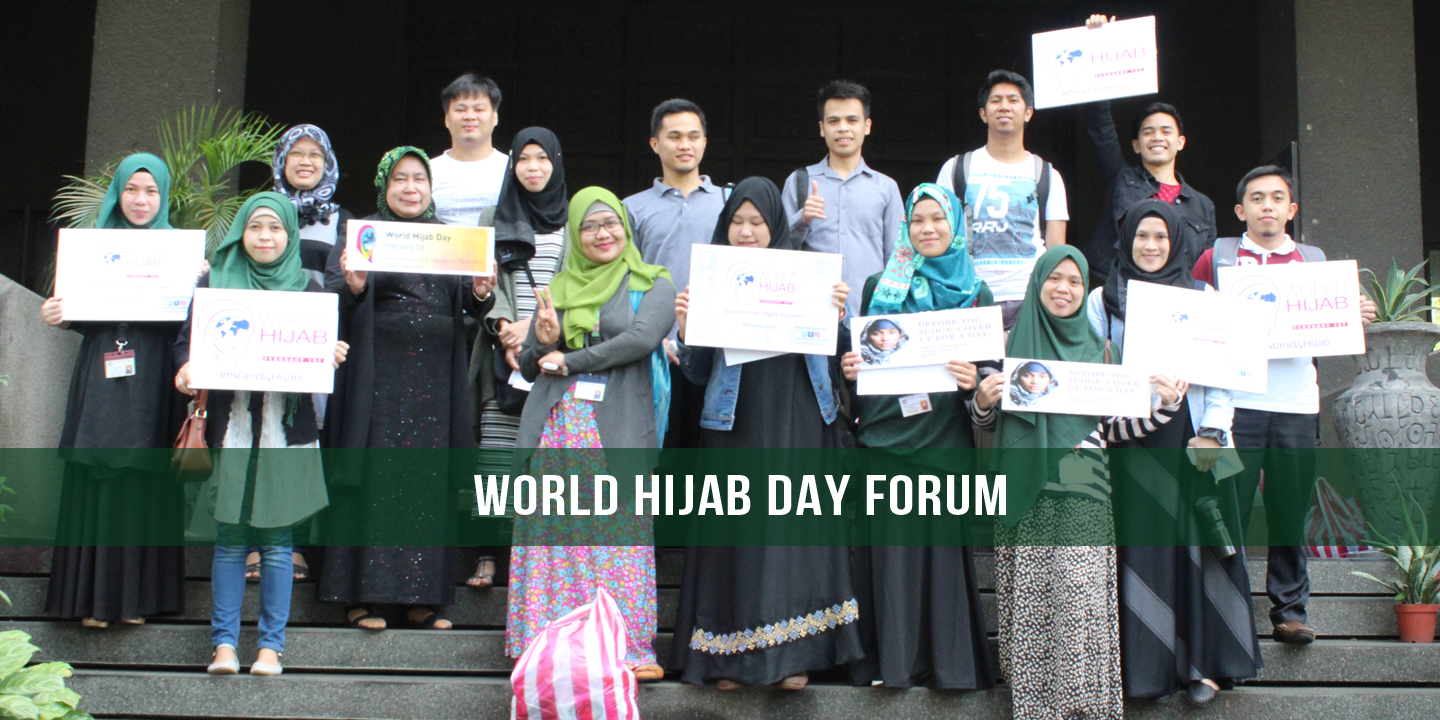 For the second time on February 1, 2017, the Institute of Islamic Studies, University of the Philippines, Diliman in cooperation with the National Commission of Muslim Filipinos, Manila Human Development Inc., Wahdatul Asabiyyah and Muslim Student Association joined commemoration of the World Hijab Day by holding an interfaith forum on Women’s Rights in the Light of Islam. The World Hijab Day (WHD) was founded by Nazma Khan who came to US from Bangladesh at the age of eleven. Having experienced discrimination of being a hijabi Muslim, she came up with the idea of a hijab day where non-Muslim women are invited to wear the hijab and experience hijab themselves to promote religious tolerance and understanding. In 2013, the first World Hijab Day was celebrated in the US. Since then until its recent commemoration on February 1, 2017, the increasing number of sympathizers and supporters from around the world joined the said event.

Similarly, the forum conducted by UP IIS was attended by more than 200 Muslims and non-Muslims from both government and non-government organizations. Non-Muslim participants have accepted the challenge of wearing the free hijab for the day. Free hijabs were donated by Engr. Sadoun Alowayesh and his wife Ms. Zainab Hainto. The forum was strongly supported by the University of the Philippines, some colleges and offices like Office of the University Registrar, College of Education, and College of Economics, College of Science, College of Mass Communication, and College of Social Work and Development participated the Hijab Challenge. Students of Islamic Institute went to their respectively colleges and taught them how to put on the hijab, while some students from these colleges went to attend the forum.

Indeed the University of the Philippines remains to be not only a community of intellectuals but also of religious tolerant where Filipino cultural diversity is celebrated, where people of different faiths find the sense of belongingness as family.